RBI MPC member Ashima Goyal said that the freebies announced by political parties are never ‘free’ and the ones that distort the prices are harmful for the economy.

In an interview to PTI, she said that the political parties should make the fianancial trade-off clear to the voters before offering free schemes.

The Supreme Court is hearing a petition on freebies to be stopped filed by a BJP leader and has called for constitution of a committee of experts to look into the matter.

The debate has splintered India’s political parties with some siding with the BJP while others coming out against the government. PM Modi’s ‘rewari’ jibe ignited the debate over freebies and attracted strong responses from Delhi’s AAP government and Congress‘s Rajasthan government.

Other economists have also spoken on the issue calling for provision to be made in the state’s budget outlay for the freebies. Some have argued that non-merit freebies shouldn’t be offered if the state does not have the fiscal capability.

On the macroeconomic situation of the country, Goyal expressed optimism on growth and said that the effect of the global slowdown could be moderated by strong domestic demand.

“Large domestic demand can moderate a global slowdown; if industry suffers from lockdown, agriculture does well,” she said, adding that services compensate for less contact-based delivery with digitisation, distance work and exports.

According to Goyal, even if global growth slows, diversification from China, India’s digital advantage and government efforts to promote exports would support India’s outbound shipments.

Emphasising that a rise in the currently very small Indian share in world exports remains feasible, Goyal said diversity and reforms in the financial sector have improved its stability.

The Reserve Bank’s MPC at its meeting from August 3 to 5 had decided to increase the benchmark lending rate by 50 basis points to 5.40 per cent to quell inflation. This was the third consecutive increase since May.

Pointing out that inflation peaked in April and has been falling since then, she said July was only the sixth month when inflation slightly exceeded the tolerance band but it has reversed and may fall below 6 per cent before October or slightly later.

“Inflation expectations have fallen. The attempt will be to further slowly guide them towards the target in a soft landing, even as a robust growth recovery takes hold,” Goyal said.

The retail inflation was at 7.01 per cent in June and eased to 6.71 per cent in July. RBI has been mandated by the government to ensure that inflation remains at 4 per cent with a margin of 2 per cent on either side.

Replying to a question on weakening of the Indian rupee, Goyal said the dollar has strengthened against all currencies because of the strong US recovery and rising interest rates.

“But Indian reserves and forex intervention has ensured the rupee depreciation was only about half of the USD rise and much less compared to other countries,” she said, adding the intervention is aimed at smoothing excess over- or under-shooting while letting the market determine exchange rates.

Goyal noted that some nominal depreciation is required in line with the country’s major export competitors and its excess inflation.

“India’s depreciation is about the same as China’s,” she said. 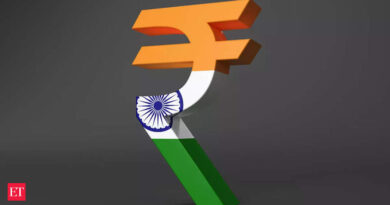 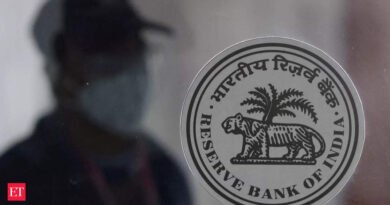 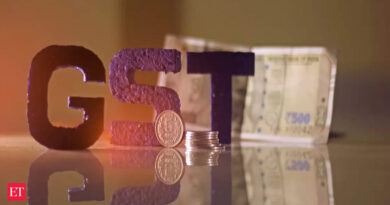