Indian equity markets recorded their best weekly performance during the session till Friday, supported by renewed buying, especially in banking and IT stocks as well as the return of foreign investments into the Indian markets after months. The Indian stocks have been rising for six sessions on a trot.

The domestic equity market closed at its highest level in seven weeks, marking its best week since February 2021.

Sensex and Nifty during the same period rose around 3-4 per cent on a cumulative basis.

Foreign Portfolio Investors (FPIs) had been selling equities in the Indian markets for the past nine-to-ten months barring the latest buying due to various reasons, including tightening of monetary policy in advanced economies, and rising dollar and bond yields in the US. They have pulled out Rs 226,420 crore so far in 2022, NSDL data showed.

In July so far, they were, however, the net buyer.

“The Indian market witnessed a one way rally through the week as bulls had total control over bears. Market has ignored negative sentiments over the last week as ECB raises rates by 50 basis points, first rate hike since 2011,” said Sumeet Bagadia, Executive Director at Choice Broking.

Next week, the financial markets will react to the outcome of the US Fed‘s monetary policy meeting, besides the Q1 earnings of companies in India.

Decent buying by foreign investors after a long time has turned positive sentiments for the near term.

“The forthcoming week will be action-packed with activities. The FOMC meeting and press conference will take centre stage. While the rate hike is anticipated to be aggressive, market participants will attempt to interpret between the lines to assess the economy’s route. The Fed would attempt to keep inflation in check without harming the labour market,” said Apurva Sheth, Head of Market Perspectives, Samco Securities.

The Indian rupee this week slipped below the psychologically important level of 80 against the US dollar for the first time even as high crude oil prices amid tighter global supplies boosted demands for the American currency. The consistent depreciation in the rupee, though, is a concern among the investors.

India’s forex reserves, in the six months since January 2022, have declined by over USD 47-48 billion.

India’s foreign exchange (forex) reserves continue to slump by $7.541 billion to $572.712 billion for the week ended July 15, the lowest level in 20 months, as the Reserve Bank of India (RBI) likely used its war chest to defend the rupee.

Typically, the RBI intervenes in the market through liquidity management, including through the selling of dollars.

“All eyes on the FED statement and policy next week for further cues and direction. Rupee range till then can be seen between 79.75-80.20,” said Jateen Trivedi, VP Research Analyst at 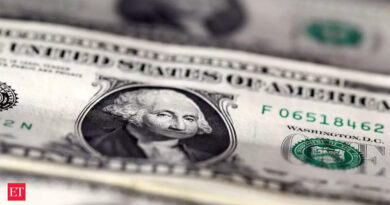 india: India’s foreign exchange reserves fell by $5 billion in the week to July 1 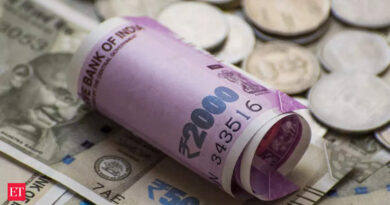 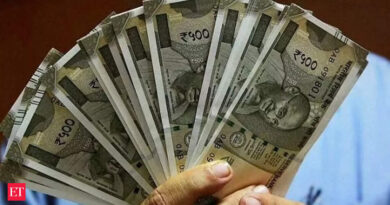