The International Finance Corporation (IFC) is keen to double its lending in India to $2.5-3 billion over the next couple of years, putting money in newer areas such as renewables, climate change themes, circular economy, and logistics.
IFC’s Managing Director Makhtar Diop backs a greater emphasis on the development agenda that includes supporting frontier states and helping MSMEs. Edited excerpts from an interview with
Deepshikha Sikarwar & Vinay Pandey:

India is already IFC’s largest programme. What kind of exposure are you looking at and what are the key areas of interest?

IFC would and should be doing more in terms of financial commitment because India’s economy is at a stage where we can bring in more. India can take advantage of supply chain evolution to localise supply chains. On the manufacturing side, India has a good opportunity now to bring in FDI. Renewable energy and energy transition also present an opportunity. IFC will extend financing to MSMEs to build capacity and contribute to India’s efforts to become a manufacturing hub. IFC is also keen to tie up with cities as part of sub-national financing.

IFC is a private sector investor with a strong development agenda. How do you marry the two objectives?

IFC is the largest global development institution focused on the private sector in emerging markets. In FY22, IFC committed a record $32.8 billion to private firms and financial institutions in developing countries, leveraging the power of the private sector to end extreme poverty and boost shared prosperity as economies grapple with a global compounding crisis. We focus on development while making profits.

Within the development mandate, is there enough private investment opportunity in the market?

India is now the fifth largest economy. FDI is resuming and the country is expected to grow in the medium-term at 7%. The Indian economy has shown a good rebound after the pandemic. There is a willingness in the government to make improvements, to make it easier for firms to do business. Some measures have been taken to simplify procedures at the firm level. What the private sector sees as fast-growing areas are those around the climate change economy. The circular economy is also taking centre stage. These are some of the areas where investments would come in the near future. There is an emphasis in India to be a significant part of global supply chains. This is a medium-term ambition. There is also an opportunity to be a part of the semiconductor supply chain. In healthcare and pharmaceuticals, from traditional drugs to vaccines of the future, to genomics. Over 20% of our portfolio here is in disruptive technology because we see an opportunity to combine the research and innovations in India with digitalisation to play an important role in devising newer types of medicines-that are more targeted, based on genomics, and tailored to diverse populations.

In India, we are looking at renewables. We would also look at frontier states. How we can help them to attract more private investments. We are very ambitious about India. We are looking to double our commitments to $1.3 to 2.5-3 billion over the next two years. We are looking to engage more with NaBFID and in infrastructure development at scale.

Shifting supply chains is throwing up multiple opportunities for countries. How do you see that playing out for India?

I was quite impressed with the way the private sector is looking at the government’s initiative to improve the business environment. There is a strong sense of confidence that new measures are having an impact and crowding in investment. The government is taking measures to encourage investments, targeted investments for use of renewable energy will be helpful. Labour force is qualified to support private sector investment-with the government taking strong measures. PLI and targeted incentives to subsidise energy for state governments will also help in attracting investments. India needs to continue investing in renewable energy supply chain, health as well as logistics.

The global economy is facing a big challenge from the high inflation and the monetary response. How should emerging economies like India deal with it?

This is the hardest time to be a central banker because of the nature of the shock. This kind of crisis especially after two years of the pandemic is quite challenging. This kind of slowdown had never happened, so governors of central banks have to be very creative. Large economies are seeing a sharp rise in interest rates because of inflation. The challenge would be to time your tightening with that of US Federal Reserve‘s so that you do not face large outflows from countries and at the same time not too much or too early to impact your growth. Maintaining this time consistency is I think the most difficult part. India has a very robust forex reserve. So, the central bank has some buffers. The central bank has been very prudent by building forex reserves in good times. If RBI had not done it then, India would have been in a difficult situation now.

You have mentioned MSMEs as a focus area. What kind of approach will you have for this sector which can be very risky?

One of the characteristics of large middle-income countries is the missing middle. If you look at income distribution and productivity distribution at the firm level, you will have a lower level of productivity in the informal sector firms while there will be highly productive and efficient big companies. But what is missing is the middle. The big challenge is to address that and use all instruments at our disposal for derisking. We have to align our lending with the government’s subsidy or support programs to build a robust cadre of MSMEs. This includes technical assistance, advisory, access to market and opportunities.

India will be taking over the presidency of the G20. What kind of agenda would you like to see?

India can play a bigger role in the energy transition. Increasing south-south investment. Raising foreign investments in fragile countries and supply chains in renewables should also be stressed. India can have a bigger role in mobilising resources in the health sector in view of the pandemic as well as the social sector. 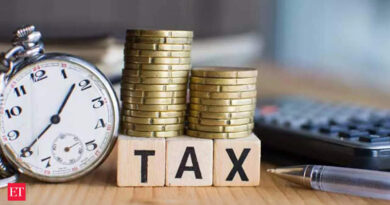 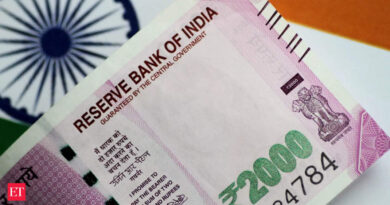 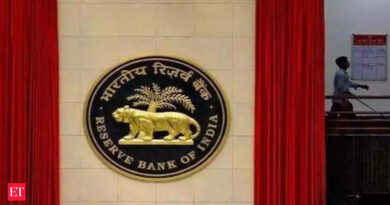