India still is on a strong footing when it comes to external sector metrices despite a drawdown of over $100 billion of the country’s forex reserves in less than a year.

“Gross external debt stood at 18.6 per cent of GDP in 2Q22, which is low compared with the median of 72 per cent for ‘BBB’ rated sovereigns in 2021″ said global ratings firm Fitch. Sovereign exposures are small, with only about 4 per cent of GDP in primarily multilateral financing.

“Foreign investor holdings of domestic sovereign debt represent under 2 per cent of the total, reducing risk of spillovers to the wider market should they seek to reduce their exposure” it said

Reserve cover remains strong at about 8.9 months of imports in September. This is higher than during the “taper tantrum” in 2013, when it stood at about 6.5 months, and offers the authorities scope to utilise reserves to smooth periods of external stress. “Large reserves also provide reassurance about debt repayment capacity. Short-term external debt due is equivalent to only about 24 per cent of total reserves” Fitch said. Significantly, India’s foreign exchange reserves fell by over $ 100 billion in less than a year as the central bank had to sell dollars to defend the rupee and also it lost significant amounts in value due to revaluation of non-dollar assets in the reserves

The RBI recently reiterated that it does not have a target level for the exchange rate, but it is expected to continue to use reserves to manage exchange-rate volatility. This will probably erode reserve buffers further in the near term, but the impact will depend on the scale and duration of intervention. Domestic factors are the primary driver of the RBI’s current monetary policy tightening. “However, risks to our current forecast that India’s repo rate will peak at 6.0 per cent in FY24 are skewed to the upside” Fitch said “As there is a significant chance of rate hikes in the US beyond those in our assumptions, which could put further downward pressure on the rupee and increase imported price inflation. 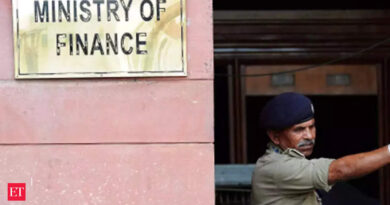 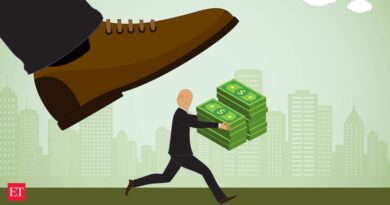 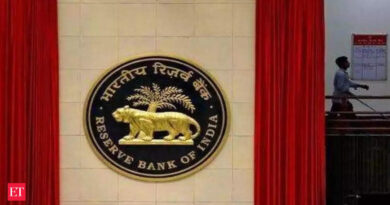